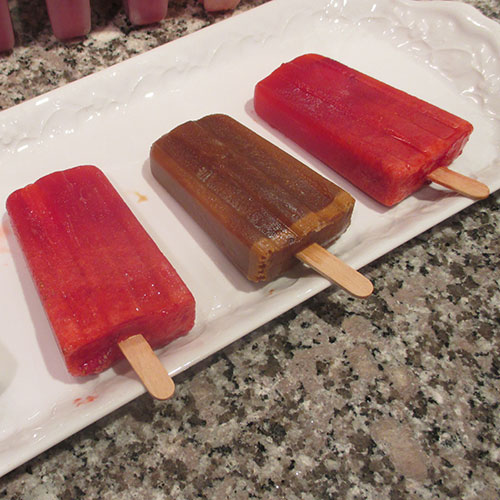 Popsicles are a frozen treat enjoyed by all ages. Unlike ice cream, where air is incorporated into the product while churning the mix during the freezing process, frozen ice pops, or “popsicles”, are a liquid that is “quiescently” frozen or frozen while at rest. The popsicle we enjoy today was invented in 1905 by an 11 –year-old boy in Oakland, California.   When Francis William “Frank” Epperson was mixing a powdered flavoring for soft drinks with water, he accidentally left it on the back porch overnight, with the stirring stick still in it. That night, the temperature dropped below freezing, and the next morning, Epperson discovered the drink had frozen to the stick, inspiring the idea of a fruit-flavored “Popsicle”.

When his creation was introduced at a fireman’s ball in 1922, it became an instant sensation. After selling his frozen pops to the public at Neptune Beach, an amusement part in Alameda, California, Epperson received a patent for his “frozen confectionery” in 1924. Originally named “the Epsicle ice pop”, he renamed it to Popsicle, allegedly at the insistence of his children. Popsicles were originally sold in fruity flavors and marketed as a “frozen drink on a stick.”

Although Good Humor – Breyers owns the official name “Popsicle”, the term is used universally to describe any frozen beverage on a stick. These delicious, cooling indulgences can be simply made and frozen in paper cups with a stick. A standard size mold, available in many cookware and department stores, elevates your Popsicle game to a whole new level.

Fruit flavors like strawberry, raspberry or wild Maine blueberry are popular with the younger set. Does your family enjoy a smoothie in the morning? Try freezing the smoothie mixture in popsicle molds for a creative take on this healthy snack.  Suddenly, extra fruit during harvest season can be pureed and stored for enjoyment during the hot, dog days of summer.

For the adult palate, try blending up your favorite coffee beverage and freezing.  Frozen margaritas made with fresh lime juice, peaches or wild blueberries are delicious, and quite popular during the cocktail hour.

The flavor combinations of frozen ice pops are unlimited: add yogurt, chocolate, even veggie juice. For a 100 year-old snack invented by a young boy, popsicles on a stick can’t be beat. 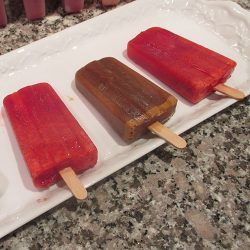 Cheryl Wixson
Frozen Ice Pops can be made from almost anything. Just be sure to have enough volume of liquid to almost fill the molds of your Ice Pops. Standard size is 3 ounces per mold; total volume needed to make 10 popsicles is 30 ounces .
Print Recipe Pin Recipe