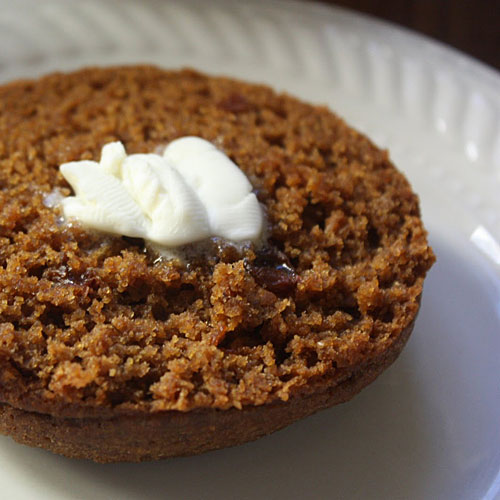 When I was growing up, our standard Saturday night supper was brown bread and a pot of baked beans. The beans were baked all day in a slow oven, and the bread was dense, sweet and came out of a can.

“Brown” bread is a term that designates bread made with significant contents of whole grain flour and molasses or coffee (for color). In Canada and the United Kingdom, it refers to whole wheat bread, whereas here in New England or Boston, it is a dark, slightly sweet steamed quick bread often made in a can.

Prior to 1848, brown bread was made from brown meal (considered to be a less desirable product) and handed out to the poor. In London, by 1865, due to the “recently” discovered health benefits of bran, the price of brown meal was often higher than that of finely milled, white flour.

Nutritionists, foodies, and food historians recognize that the modern day wheat milling methods used to produce white flour eliminate those portions of the wheat kernel (bran, germ, shorts, and red do mill streams) that are richest in proteins, vitamins, lipids and minerals. In an attempt to market baked goods as “healthy”, manufacturers often add caramel color to their products.

In the recipe for Brown Bread, bran cereal and molasses are softened with boiling water, then mixed whole wheat flour, and leavened with yeast, to produce a finely textured, nutritious and dense, sweet bread. Instead of using a loaf pan, I made smaller, round shapes and baked them on a sheet pan.
This Brown Bread complimented both baked beans and lobster mac and cheese at our last free supper. It freezes well, and will be perfect for a quick snack or picnic, spread with goat cheese or sweet, local butter. 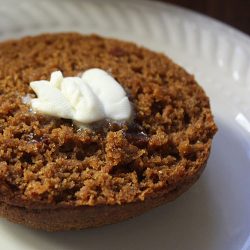