From modernfarmer.com : Down the Rabbit Hole 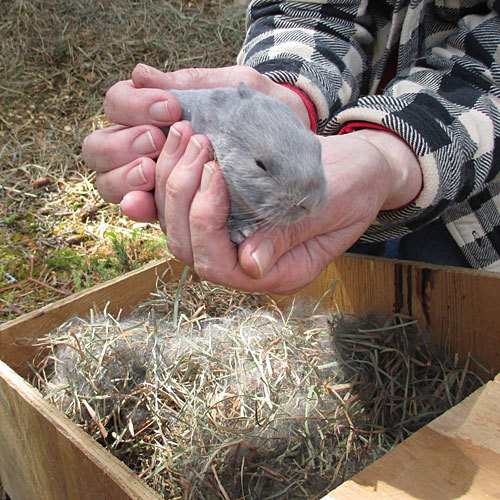 By Brian Barth
Clean, quiet, and easy to raise, these little critters might be the next big thing in sustainable meat. All ears? We’ve got the low-down on hare care.

We all know the saying. And yep, rabbits really do go at it like, well, rabbits—breeding rapidly enough to horrify any parent whose child brings home a pair as pets. View the math through an agricultural lens, however, and the small mammals’ sexual prowess proves incredibly appealing. As little as $30 can buy a mating duo capable of producing some 40 offspring in a single year. Roughly half will be females, who can yield their first litters at 7 to 11 months of age. Three-month-old meat rabbits fetch roughly $10 per pound (up to $20 for choice cuts), versus about $3 per pound for chicken. Follow the rising population and profit curves, and you’ll wonder why rabbit hutches aren’t as common a sight along rural roads as chicken coops.