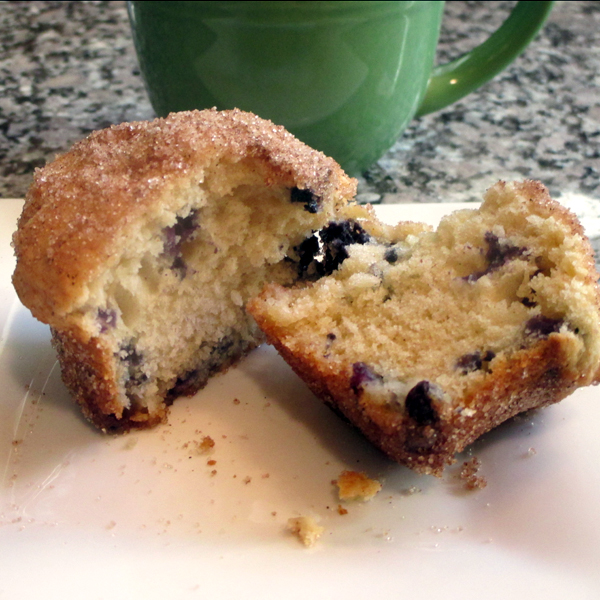 And each time after we enjoyed lobster, it was Nik’s job to keep the crows out of the compost.  He’d diligently fill 5 gallon buckets with fragrant chips of cedar and spruce and lug them halfway up the hill to the compost heap.  Then he’d carefully spread the chips, being sure to hide the bright red shells in the heap so nothing showed to the lookout bird’s eye.   When the flock descended upon the pile, more chips needed to be hauled.

Active youths have a healthy appetite, and my kitchen was busy.  Nikolai developed a keen interest in the origin of his food, and in cooking.   He enjoyed a wild blueberry smoothie every morning, and particularly liked French Acadian chocolate cupcakes, whoopee pies and Dirt Bomb muffins.

For those who have not yet succumbed to the temptations of a Dirt Bomb muffin, let me share my first bite with you.  A Dirt Bomb looks like a cinnamon sugar hybrid muffin crossed with a doughnut hole.  It tastes sublime, not coarse in texture, but smooth and velvety on the inside, and the best sugary, cinnamon taste on the outside.  It’s a snicker doodle, French butter cake, and also known as a French breakfast puff.

The key ingredient to this addictive confection is butter.

Creamed butter and sugar make up the velvet interior of the muffin.  The golden baked morsel is dipped in butter and then rolled in a mixture of cinnamon and sugar.  A hint of nutmeg flavors the cake-like batter.   If you have fresh wild blueberries on hand, dust them with flour and add them, or enjoy these Dirt Bombs plain. 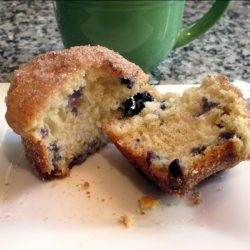